Beyond the Hedges Podcast

Rice University is home to an abundance of brilliant minds, game-changing research and unique stories. Now alumni and friends don’t have to be on campus — or even in Houston — to experience Rice’s vibrant intellectual life. Each month, join Rice alumna Kate Coley ’11, associate director of alumni programs, as she sits down with those on campus and those out in the world to explore a range of fascinating topics. We’re bringing Rice’s spirit of lifelong learning beyond the hedges, to you! 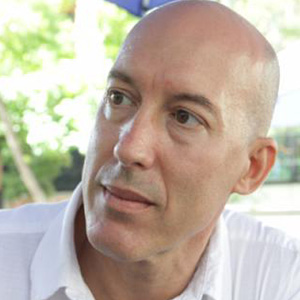 “Hate is not something you can be indifferent about and just find middle ground. You have to denounce it whenever you find it,” says Luis Duno-Gottberg. In this episode, the Professor of Caribbean and Film Studies discusses his experience teaching one of the Humanities Department’s “Big Question Courses.” The question he and his students contend with is “what is hate?” Duno-Gottberg’s cross-disciplinary approach to the course and this conversation leaves a lot to think about both within ourselves and in our global community. His research on how subverting images of hate can be incredibly impactful hits home within the hedges, as he discusses the decision to move the statue of William Marsh Rice instead of simply removing it from the quad. 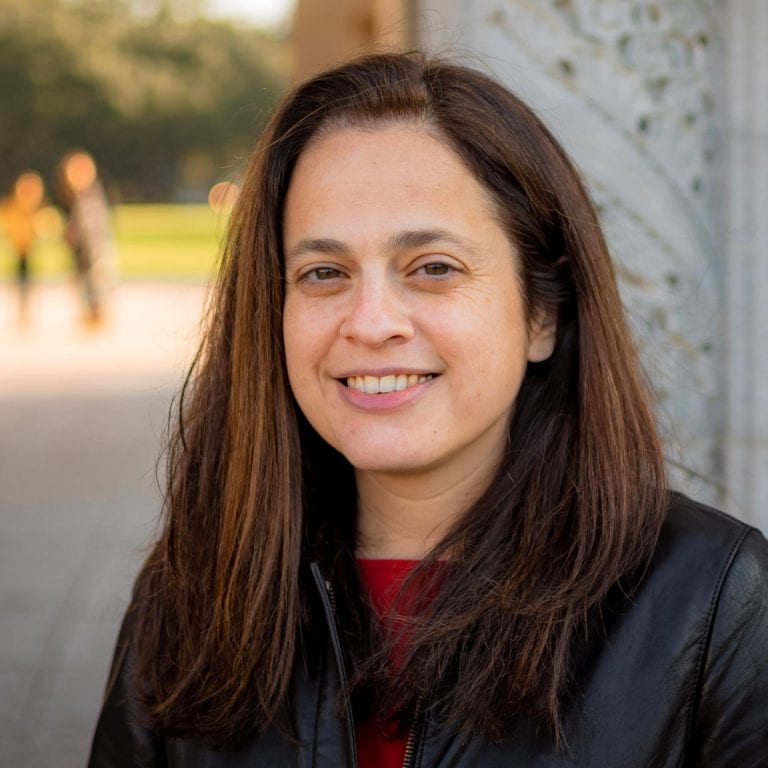 How do unconscious, embedded stereotypes shape our behavior towards each other? And how do these behaviors subtlety affect a person’s self-confidence? Eden King, Lynette S. Autrey Professor of Psychology, conducts research that seeks to guide the equitable and effective management of diverse organizations. Listen in as she discusses her eye-opening findings on women in the workplace, parenting during lockdown and how to be an ally to your colleagues. 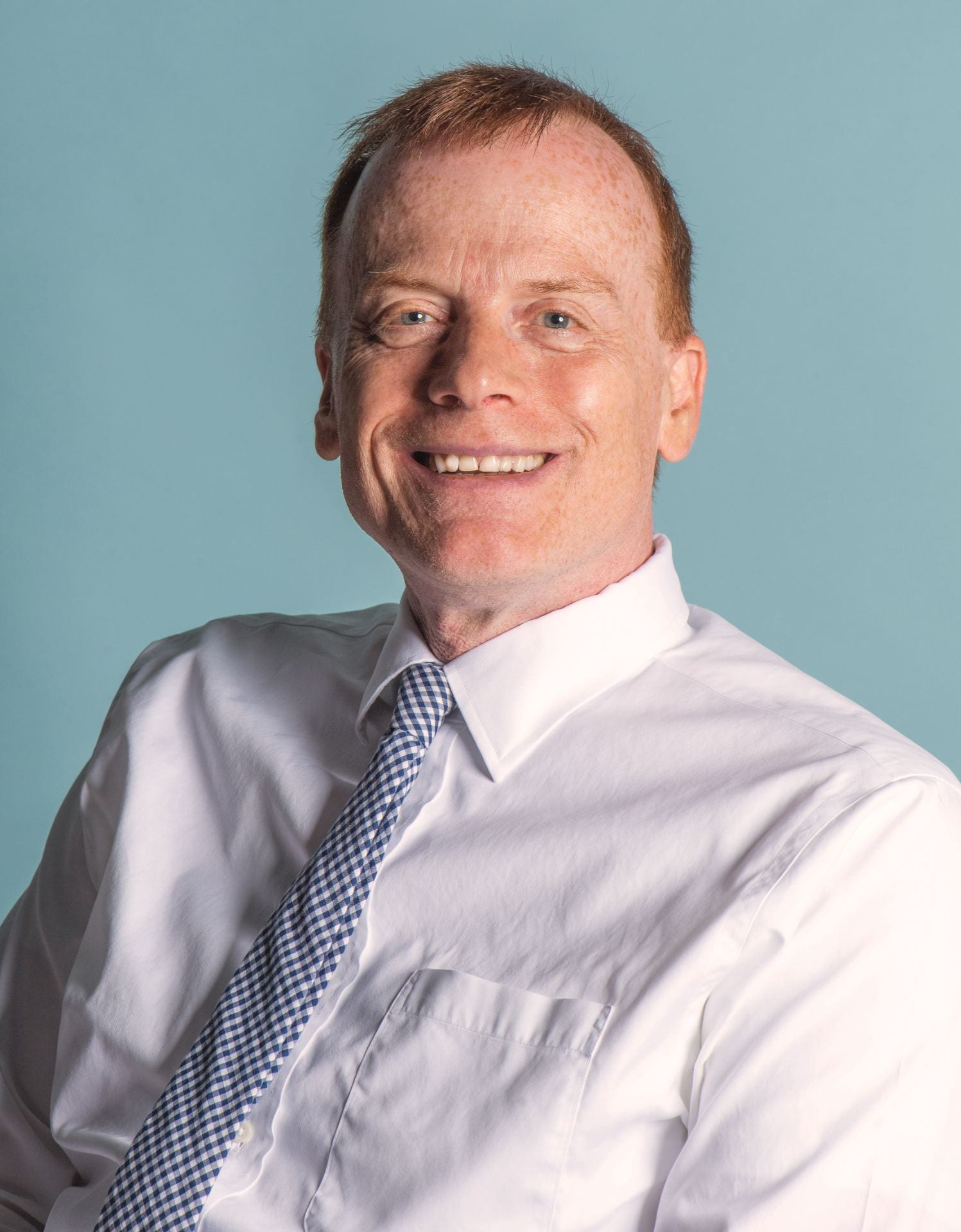 “Am I disabled because of my impairment or am I disabled because of attitudes in society?” This thought-provoking question is posed by this episode’s guest, the Director of the Disability Resource Center here at Rice University, Alan Russell. Whether visible or invisible, disabilities affect so many different people, but they are still stigmatized by society. Russell discusses barrier free accessibility, making sure to practice compassion instead of pity, and the importance of intersectional work that includes disability within the movement for diversity, equity, inclusion and social justice. 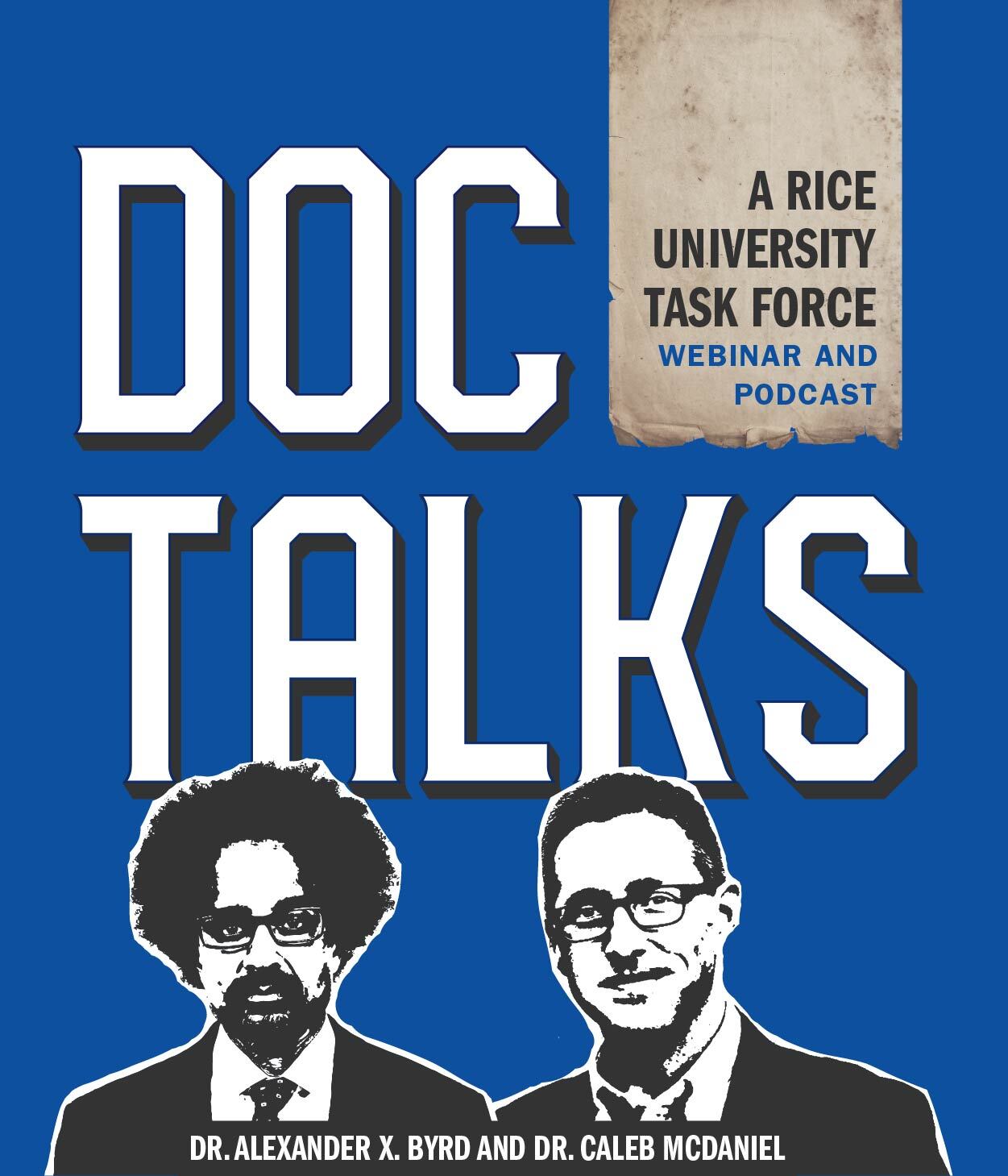 Every Friday at noon during the fall and spring semesters, you can find Byrd and McDaniel leading a live webinar on Zoom for the Rice community, examining and discussing old documents and photographs from Rice’s past. Through a series of weekly webinars called Doc Talks, the history professors illuminate important research from historians and students with regards to racism and racial injustice. The webinars are then turned into podcast episodes and feature an added analysis by Beyond the Hedges host Kate Coley ’11. It’s just one way the university’s Task Force is working to encourage honest discussion around Rice’s history. Get to know these revolutionary Rice leaders in a more intimate setting on the Beyond the Hedges podcast as Byrd and McDaniel give listeners a behind-the-scenes look into their journeys at Rice, the process for creating and making Doc Talks, interesting findings thus far and more.

Stay tuned until the end to hear from undergraduate student researcher, Indya Porter, talk about what she’s been working on for the Task Force.

Season 1 Episode 8: Stephen Klineberg
Houston Part Three: It's Up to Us

In the final episode of our three part series with Stephen Klineberg, we grapple with how to make Houston successful in the 21st century given the deep class divides, inaccessibility to quality education, and exploitation of immigrant workers. Steve says “the story of America is the story of immigrants, and we need to get back to that… I tell people all the time that if Houston’s African American and Latino young people are unprepared to succeed, it is impossible to envision a prosperous future for Houston. That is who we are and will be as the 21st century unfolds.” Houston has work to do, but Steve, along with his 40 years of survey data, is hopeful that the city is up to the task.

Stick around to the end for a new segment where Kate features a new Rice student each month to talk to them about a Rice-related passion project. This month's featured student is undergraduate McMurtry senior Alex Curylo. 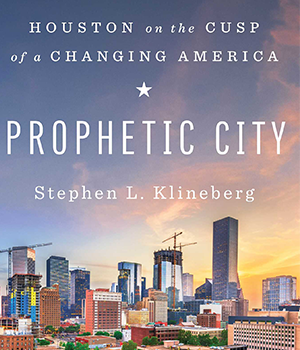 The second installment of this three-part series with Stephen Klineberg, professor emeritus of sociology, founding director of the Kinder Institute and author of “Prophetic City: Houston on the Cusp of a Changing America,” explores more findings from his 40 years of surveying Houston, including research showing how, as he puts it, “Houston has the greatest medical complex in the world – and yet – has the highest percentage of children without medical insurance of any major city in America.”

In the first episode of this three-part series, Stephen Klineberg discusses the research found in his book “Prophetic City: Houston on the Cusp of a Changing America,” covering the early days of Houston up until the oil boom bust in 1982. Klineberg is a professor emeritus of sociology at Rice and the founding director of the Kinder Institute for Urban Research. His surveys of Houston over the last 40 years have captured the city’s transformative changes, and why Houston, as he puts it, “is where, for better or worse, the future of our nation is going to be worked out.” 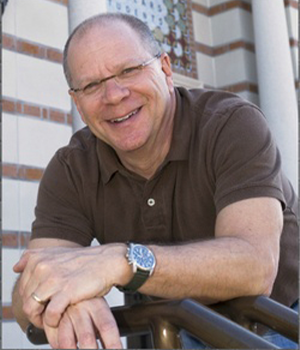 With the huge political divide in the United States, fears around how to vote safely during a pandemic and the recent passing of Justice Ruth Bader Ginsburg, the upcoming presidential election is unlike anything we’ve seen before. What will it take for Americans to feel safe while voting in the wake of COVID-19? What are the concerns around mail-in voting, and are they valid? In this episode, Robert Stein, the fellow in urban politics at Rice’s Baker Institute for Public Policy and the Lena Gohlman Fox Professor of Political Science, discusses his research on voting in a pandemic, mail-in voting and what it truly means to exercise your right to vote. 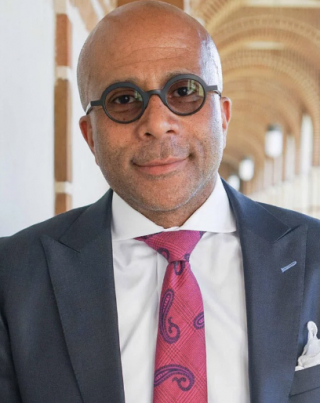 Season 1 Episode 4: Anthony B. Pinn
The Fallacy of Racial Colorblindness

When people say they don’t see color when it comes to race, is this actually a dangerous social lie that means people don’t have to be held accountable? Colorblindness is “premised upon problematic thinking that has framed race relations in the United States… [and is] based upon the assumption difference is a problem to solve, but in wiping out difference we allow whiteness to remain normative,” says Anthony B. Pinn, the Agnes Cullen Arnold Professor of Humanities, professor of religion and director of the Center for African and African American Studies. In this episode, Professor Pinn discusses the fallacy of colorblindness as an anti-racist solution, the sustainable changes hip hop has created for the Black community, and what the global Rice community can do to fight racial injustice. 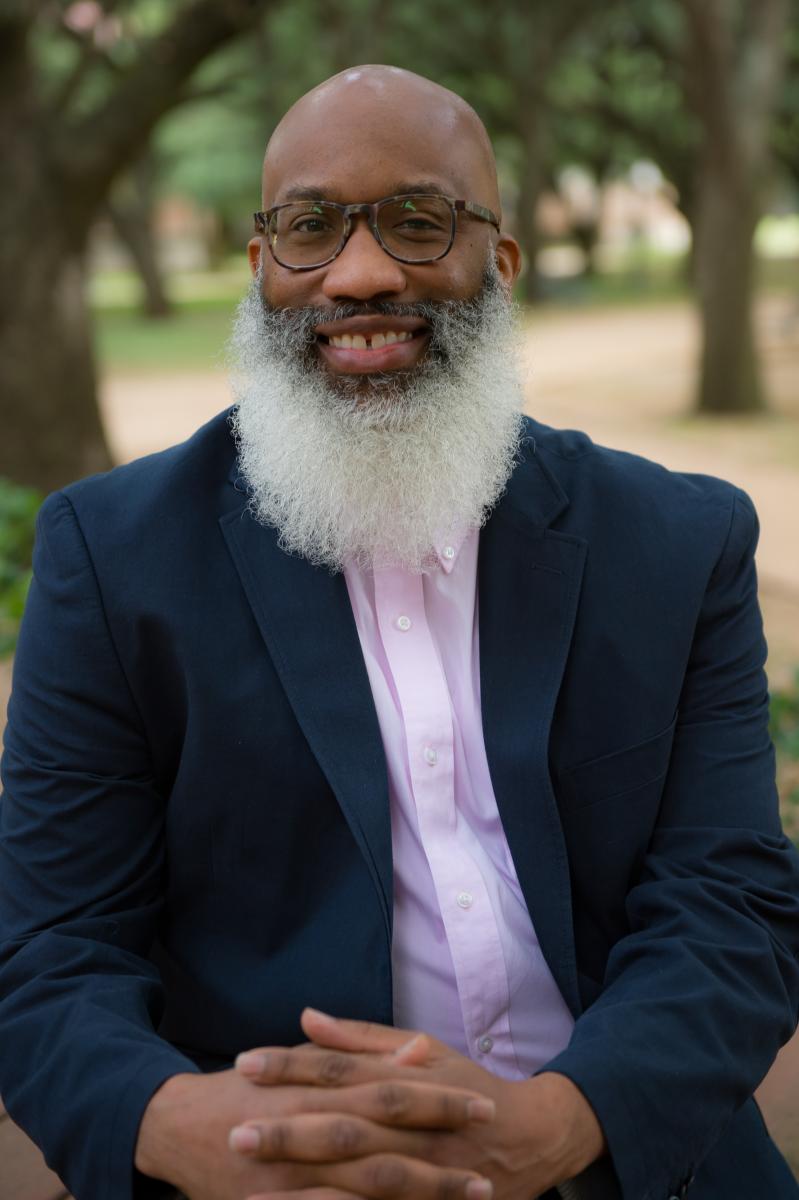 The killing of George Floyd has caused global protests around racial injustice and white supremacy. How does the stress of racial trauma play out in the lives of people in Black and Brown communities? What can we do as a global Rice community to fight racial injustice? Join guest host Vanity Hill, assistant director of alumni regional outreach, as she explores these topics with Tony Brown, sociology professor, race and racism scholar and director of the Racism and Racial Experiences Workgroup. 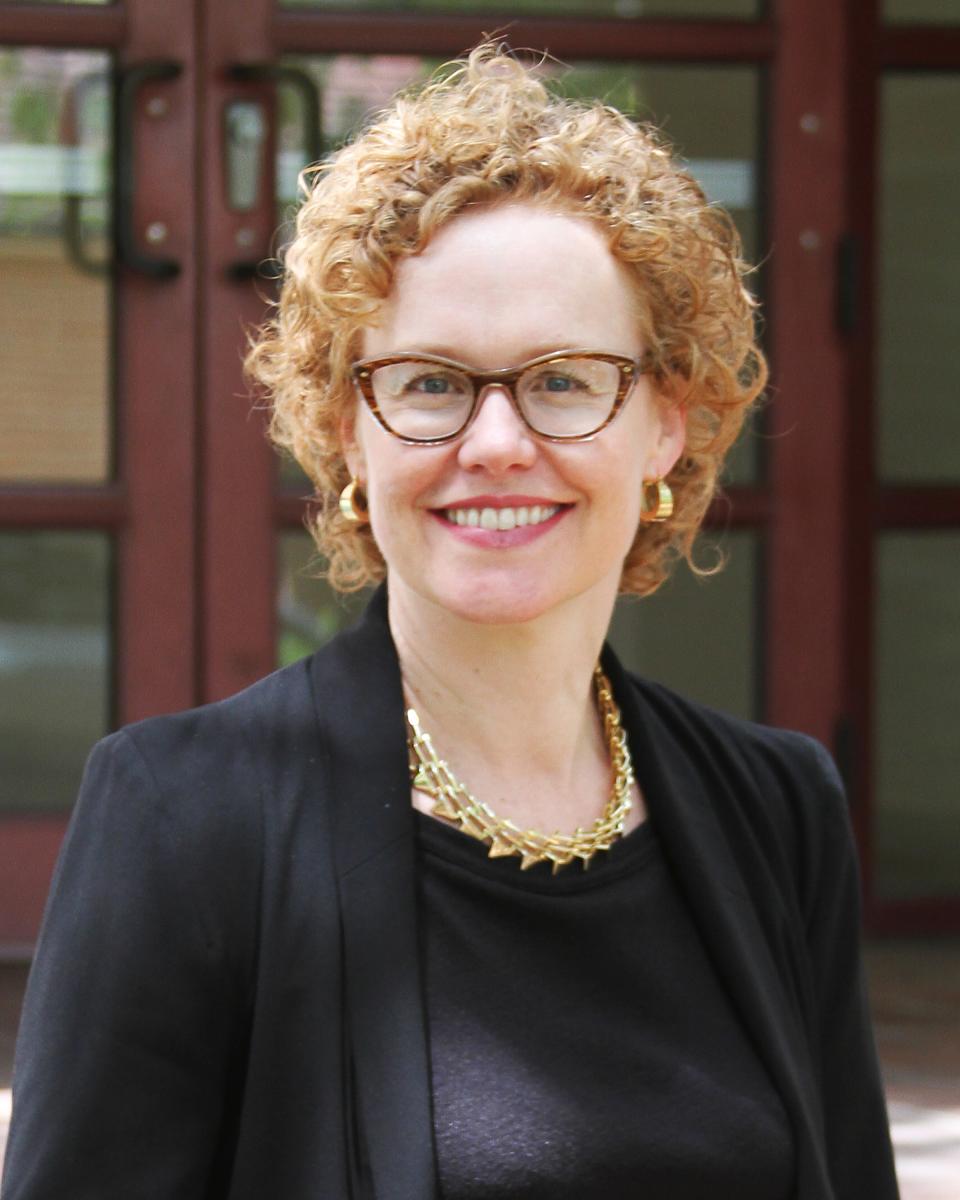 COVID-19 is constantly on our minds and on our screens. How has the history of contagion media shaped the way we respond to and think about pandemics like this? How do we handle the shifting paradigm of health communications in a digital age? In this episode, Kirsten Ostherr, director of Rice’s Medical Humanities Program and Medical Futures Lab, discusses representation, social media, marginalized communities and the dangers of misinformation around the global crisis. 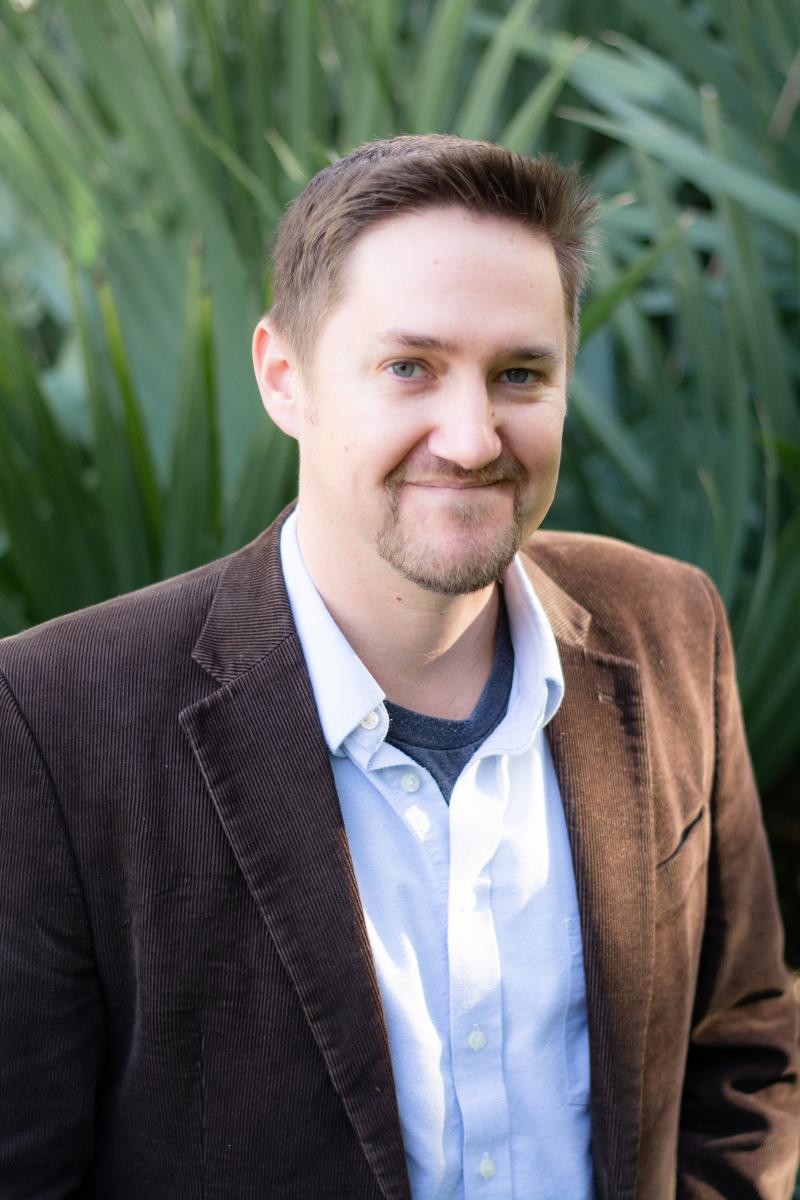 How can ants teach us to be more efficient? Most of us think of ants as a picnic pest on the hunt for food, but ants are actually members of societies that function as complexly as ours with divisions of labor and specialties. They grow their own food on a mass scale, develop pesticides and prepare in case of food scarcity, all without ever experiencing a traffic jam. In this episode, Rice Associate Teaching Professor and Evolutionary Biologist Scott Solomon will discuss his research into what makes ant colonies such a successful model for efficiency.