An Owl Rising from the Ashes 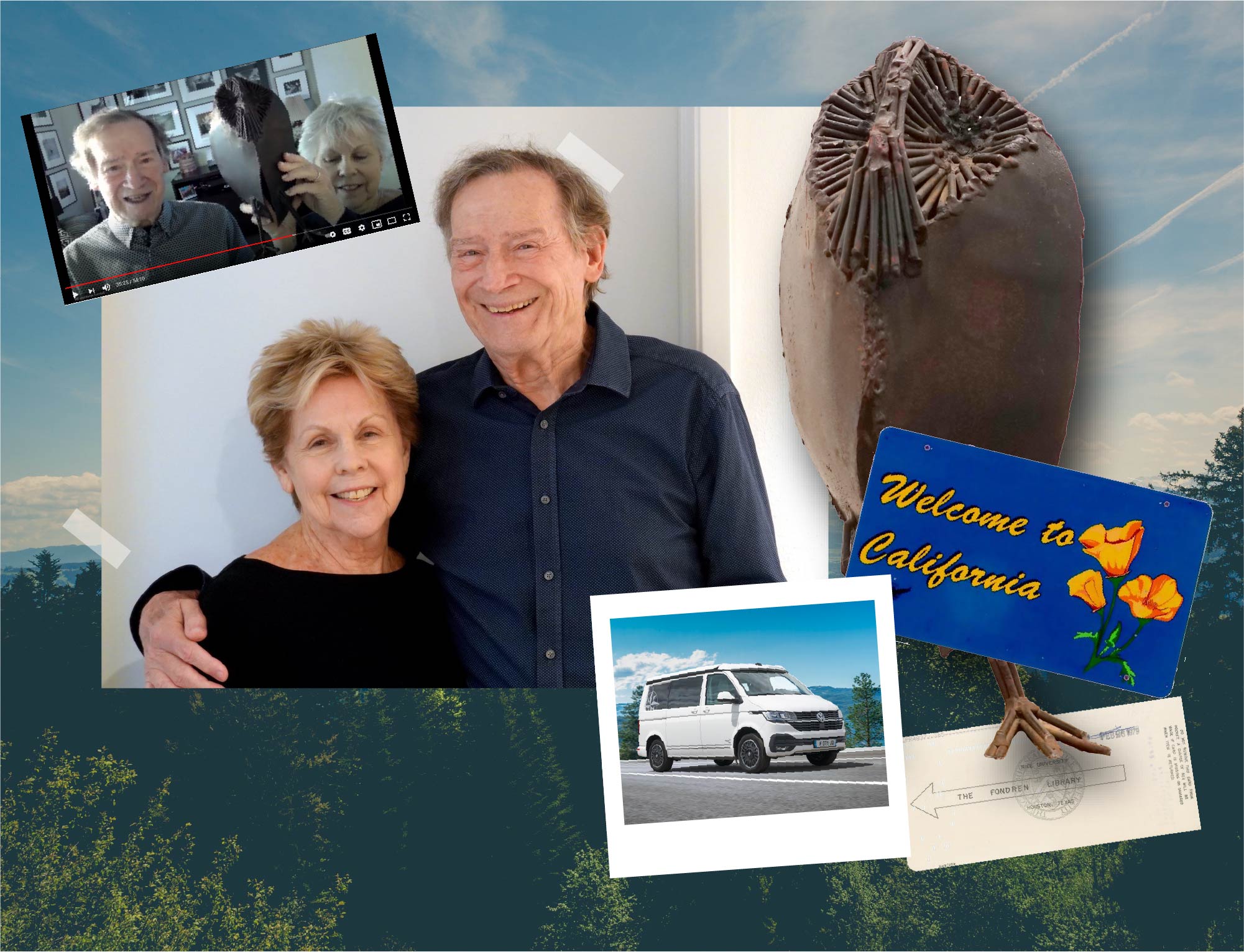 A steel statue and a devastating loss inspired Bill Kendall ’55 to seize a unique opportunity. Today, that same statue reminds him of the resiliency and strength of the Rice community in one of the hardest years to date.

In 1970, when the Malibu (Calif.) Sherriff’s Department told Bill Kendall ’55 that his home was in the direct path of an incoming wildfire, he was only able to grab a few belongings: important photo albums, a few tools and a change of clothes. Bill evacuated alongside his wife and three children and stayed with friends who lived a few towns over.

When they returned the next day, their home was gone. “Everything was reduced to rubble,” he said.

As Bill and his family combed through the remnants to see what they could salvage, he spotted, among a sea of black, a few pieces of jewelry and a wad of melted coins from his personal coin collection. Then, he saw something shiny peeking out of the ashes. It was a welded steel statue of an owl, about 12 inches tall and fully intact — a little charred and slightly deformed, but the owl had, incredibly, survived 1,000+ degrees of intense heat.

What had been just a souvenir from the family’s trip to Mexico City became a symbol — of survival, hope and even a sense of humor — during a moment of crisis.

Many years later in April 2021, during a crisis of a different sort, he would recount this story to a group of fellow Rice Owls at Owl Show & Tell. The virtual event, one of several offered by Rice Alumni Relations during the pandemic, invited Owls from across the states to show off their favorite owl artifacts and explain their significance. When it was Bill’s turn to speak, he explained the meaning behind the welded sculpture.

“The owl reminds me of the fact that we need to be resilient to cope with whatever life throws at us,” he said. “It’s a symbol of the necessity of resiliency and flexibility.”

The Kendalls’ Malibu home was located just one-third of a mile away from the coast in one of the city’s canyons. It had a shake cedar roof, which was a popular style in California at the time, but is now banned as a serious fire hazard. Although they were in the house for just a couple years before the fire disrupted their lives, they had grown attached.

As Bill recalled, the house had represented a homecoming of sorts: they had lived in California previously while he was pursuing a master’s at the University of Southern California. After graduating, he left the golden state to pursue his Ph.D. at Yale tuition-free (Bill credits a former Rice professor for opening up that opportunity). After Bill wrapped up his studies at Yale in Connecticut, his family was more or less dead-set on making their way back to the west coast. His wife joked “she was returning to California, and I could join her or not.”

After the fire, Bill and his family were faced with a decision: begin picking up their lives as best they could, or with “little to their name,” possibly do something they wouldn’t have considered otherwise. They chose the latter, which entailed packing what they had into a Volkswagen camper van and traveling across Europe together for three months.”

We had nothing of consequence to leave behind,” he said. “There was an opportunity there, which we were able to take advantage of.”

Today, as he looks upon the welded sculpture, it represents a range of interconnected memories: not only the devastating loss, but also of those invaluable three months with his family, and, naturally, the fond memories of his Rice education, which itself was a family affair. A second-generation Rice Owl with a B.S. in engineering, Bill chose Rice because of the two men who came before him: his father, William B. Kendall Jr. ’29; and his uncle, James M. Kendall ’27. “I never even considered anywhere else,” he said.

Throughout the years, Bill has enjoyed reconnecting with his Rice family and friends when given the chance. In fact, he met his current wife, fellow Owl Renee Lipman ’62, at a Rice alumni event in Los Angeles in 1994. They had sat in the same row, right next to each other, to listen to Rice history professor David Nirenberg speak on “Religion, Race & Violence in The Middle Ages and Today.” Now retired, the two continue to take advantage of local Rice events and a variety of virtual offerings, from Society of Rice University Women lectures to Owl Show & Tell.

As Bill reminds us, with each new event, whether in person or virtual, there is always an opportunity: to re-connect with old friends, meet new ones, be wowed by ideas or share a timely story that captures a wonderful truth about the Rice community.