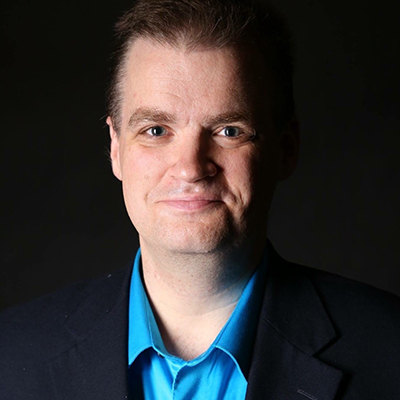 Get to Know Robert

Robert Lundin Having has dedicated more than two decades to making a difference in the lives of students and families on the local, state, national and international levels.

Born and raised in Northern California, Lundin first arrived in Houston in 1996 to begin his journey of a lifetime at Rice. He proudly served as president of Wiess College and captain of the George R. Brown Forensics Society, where he ranked as a national debate champion. In recognition of his leadership and contributions to the university, Lundin was selected as one of nine Outstanding Senior Award recipients. He graduated with honors in the spring of 2000 with a dual degree in political science and policy studies.

Beginning twenty years ago as a bilingual elementary school teacher in inner-city Houston, Lundin has dedicated himself to advancing educational opportunities for students as a leader on the classroom, campus, district and governmental levels. He most recently served as assistant commissioner of the Tennessee Department of Education, responsible for policy and oversight of more than 600 schools across the state. Prior to that, he served in senior leadership positions with multiple urban districts charged with leading the transformation of more than 50 elementary and secondary schools; founded his own high-performing college preparatory school devoted to low-income students and families; led an international organization serving schools in impoverished communities; and trained hundreds of aspiring educators as a faculty member at Rice University and the University of Saint Thomas.

In addition to his undergraduate degree from Rice, Robert holds a master’s degree in bilingual & ESL education from the University of Saint Thomas and a doctorate in educational leadership from Vanderbilt University. He is the proud godfather of Nicholas, age 17, and Lawson, age 4, and is a doting uncle to two amazing nephews.

Lundin considers it a tremendous honor and privilege to now play a positive role in advancing opportunities for current and future Rice students as a member of the ARA Board of Directors.

It is no exaggeration to state that my four years at Rice were truly transformational. I came to Rice because I sensed it was a place that valued each of its students’ unique gifts and supported them in figuring out how to put them to greatest use. My closest friends from Rice 20 years ago remain some of my closest friends today, and in every chapter of my professional journey, it has been Rice classmates, faculty and staff that have provided endless levels of support and encouragement. Indeed, I still feel a sense of awe every time I enter the Academic Quad or roam my old “campus tour guide” route.

I know I’m not alone in these sentiments, and so it’s with that perspective in front of mind that I am so energized to serve as an ARA Board member. If through my service I can play a part in ensuring the greatest possible number of students take pride in being part of a dynamic and inclusive academic community that isn’t afraid to be a bit different, I’ll feel I’ve contributed something meaningful.

More than anywhere I’ve ever studied or worked, Rice is a place where the relationships and experiences you share with others stay with you far beyond your graduation day. Whether it was the Rice classmates that selflessly offered their time and energy to support my efforts during my run for the Houston school board or even the informal conversation I have found myself striking up with a fellow alum at an airport baggage claim when each sees the other wearing a Rice Ring, I’ve never experienced any environment or workplace in which the senses of belonging and community meant more than at Rice.

Here’s an example of experiencing that special Rice life connection firsthand: I needed a copy of my official transcript, and so I headed to the registrar’s office located in the same place it had been when I first matriculated 25 years ago. As I walked in, I was met by the welcoming smile of Darlene whom I vividly remembered from my first days on campus; but among the tens of thousands of students she had served over the years, I could not imagine she would have any recollection of me. But of course, Darlene did. She immediately called, “Hey, Robert!” across the office, and we spent the next twenty minutes catching up as if it were yesterday. Toward the end of the conversation, I shared with her the news of my recent appointment to the ARA Board; she expressed her genuine joy. Rice was her community too, and she was just as invested as I in making it a special place for its students past, present, and future. That’s the kind of commitment and esprit de corps you can only find at Rice.

You have undoubtedly arrived at Rice having accomplished a good amount over your relatively short life, and you’ll inevitably feel a duty to focus your energies on whatever transformational long-term goal you have set for yourself. But as one of my most influential mentors at Rice wisely advised me, these four years will offer you the most unrestricted opportunity of your life to learn for the sake of learning, and to discover what drives you intellectually and personally. So even if you’ve assumed you’d become a surgeon since wearing a stethoscope on Halloween in elementary school, sign up for that sociology or art history class that intrigues you. There will be plenty of time to figure out what you want to do “when you grow up;” some of us are still trying to figure that one out! But much of the joy you’ll derive from your time at Rice will be the unexpected discoveries, whether they be academic or just fun. You live in a unique environment surrounded by hundreds of smart folks who you can not only learn from, but laugh with and ultimately become lifelong friends. Take the time to get to know these people; they will undoubtedly stay with you in the years and decades that will follow.