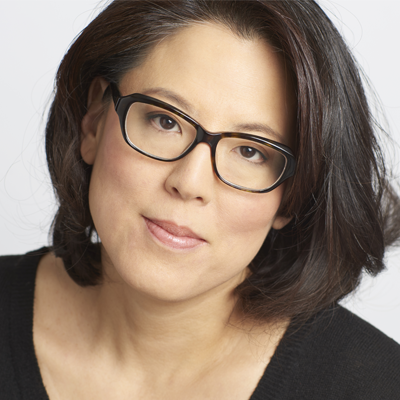 Get to Know Tania

Tania Min is a registered Architect licensed in New York and is LEED BD+C accredited, as well as an experienced curtain wall consultant. She has worked on projects ranging from super tall buildings in Asia to apartment renovations in New York City for firms both in the US and South Korea, and independently.

Tania graduated from Rice University with a BA in 1990 and a BArch in 1992 and then earned a MArch from Yale University in 1994. At Rice, she Co-chairs the 1990 Reunion Giving Committee, serves as a Rice NYC Regional leader, is a member of the ARA Board DEIJ Committee and served on the ARA Board Executive Committee during her term as an ARA Board member. Furthermore, throughout the years, Tania has served in a variety of capacities for organizations and communities that speak to her.

There is a great sense of validation when communities that are important to one actively say "I see and hear you and your contributions are important." As the first Asian-American woman to lead our Alumni community, I am excited to show our alumni and current students that we are ALL valued and welcome to contribute. It's also exciting to be a part of the ongoing changes at Rice; when I was at Wiess I think the number of Asian women was fewer than five people for my entire time as a student and the population was similar at the School of Architecture. I am so excited that Rice is now a more welcoming place and that I can contribute to this atmosphere.

There are so many "Only at Rice" memories, especially for someone who came from Connecticut as an 18 year old. I remember someone having to explain to me what a chimichanga is and to not eat it with a fork and knife, geeky football cheers, late night runs to Two Pesos and House of Pies, strange things happening in the Acabowl at Wiess, being able to see the horizon from miles away, great air conditioning, the sometimes hilarious dinner announcements at Wiess, and being surrounded by incredibly bright, funny and kind people. If I had to distill all these memories down, the most "Rice" memory would be pulling an all-nighter in sophomore studio at Anderson Hall one night. As the day dawned I stood up to stretch and turned around to look out the window. I turned to a friend (and fellow Wiess person) at the next desk and said "I think something is wrong with Willy, he's facing the wrong way, but maybe I'm just hallucinating." Ken took a look also, we stared for about 30 seconds and he confirmed that Willy was facing the wrong way and then, in the monomaniacal fervor that is sophomore studio, we both returned to our desks and continued working.

Rather than "give" advice, if asked I would encourage students to use the resources at Rice to clarify what it is that they both enjoy doing and that gives them a sense of accomplishment. Life at Rice is the beginning of adulthood and having stability, infrastructure, a beautiful natural and constructed environment, mentors, colleagues and new communities to forge that path to purpose is a great gift, but one that needs to be actively pursued.