My Story: Ulyana Horodyskyj ’07 sets her sights on outer space 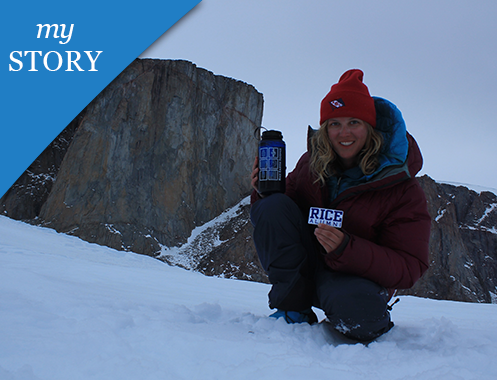 From Ulyana Horodyskyj ’07 (Brown College) — I was selected as mission commander for NASA Johnson Space Center's HERA XII (human exploration research analog) experiment in September/October 2016. During this 30-day intense simulated mission to an asteroid, I received a call in the station's airlock that I made semifinalist status (top 120 out of over 18,300 applicants) for the astronaut program. I went straight from the isolation experiment to the interview process in late October 2016.

For my day job, I lead Science in the Wild adventure science expeditions for people interested in blending athletics and academics in remote places on the planet. My upcoming trips include an expedition to nearly 7,000 meters, climbing Aconcagua (the highest peak outside the Himalaya) to study snow pollution in the Andes. Then it is onwards to the Atacama Desert of Chile for an Earth/Mars analog and astrobiology project.

In Boulder, Colorado, where I’m currently based, I’m involved with Project PoSSUM (Polar Suborbital Science in the Upper Mesosphere), a citizen scientist-astronaut program aimed at training people to fly to the edge of space to study the elusive noctilucent (electric blue) clouds — upper atmospheric indicators of a changing climate.